Alphabet: A History (A is for Art)

I am joining Charlotte's Web and City Wendy , among others, in Alphabet: A History, a blog effort to write one's way through the alphabet with a series of short memoir pieces, one for each letter.

A is for Art 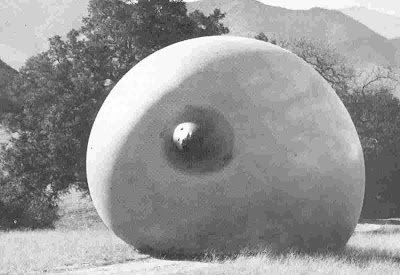 Last Sunday, my cousin Nathan, Mark and I drove to the hills of Rio Dell to visit my Grandma Edith. Only a few months away from 90, she still lives alone on several acres of land in a house built as a show home by Pacific Lumber Company in 1932 and made entirely of redwood.

In the 1992 earthquake, the house fell off its foundation, and in the renovation, Gram took her one chance to have white walls instead of wood - to her, a sign of gentility that she had long yearned for.

On two of the white walls in the living room, she has displayed some oil and acrylic paintings by Nathan's mother, my aunt Teresa, an accomplished artist. One of the paintings is a detailed landscape. It features a mountain top with a Native American man sitting on a horse looking out over the valley below him. Filled with saturated earth tones, it's a peaceful and beautiful scene.

Grandma Edith gave a piece of the apple fritter we had brought her to the dog, licked her fingers and then spoke to Nathan as she pointed at the painting. "See that picture? Your mom painted it when she was a teenager. Isn't it pretty?"

"She entered it in the Humboldt County Fair," Grandma continued, "and it won third prize. When I went to see it, I couldn't believe it only won third. 'Take me to the one that won first prize,' I said. So your mom led me over to the picture that had the blue ribbon on it. Do you know what won first prize?"

She scowled at all of us, almost accusingly. We stopped chewing our donuts and shook our heads back and forth in unison. We had no idea.

"A giant tit. That beautiful picture lost to a giant tit."

"I never had a thing to do with the fair after that. They could call me up tomorrow and beg me for money because times are tough and they can't raise enough to have a fair this year, and I'd tell them to go to hell."
Posted by Kristabel at 10:55 PM

Great story! This will be an fun walk through the alphabet.

You are an EXCELLENT story teller. I love your charm and pacing. It's exactly right every time. And the giant tit is hilarious!!!

When I opened Google Reader and saw you had a new post, I actually felt a trickle of excitement. I wasn't disappointed! You tell stories wonderfully. I can't wait for the next one.

What all those old white-guy judges saw in a giant tit is anybody's guess. A trickle of excitement perhaps.

That was so funny!!After 35 years,she hasn't let that go.
Now hopefully B will be for the Bohunks and her quest to obtain their still lingering around poppy seeds.

Your grandma is so much fun! XO

I can't wait to see what letter B brings us!!

ROFL. Chocked on tea. I love your writing.

i still make grandma edith's apple cake from the recipe you posted here... and now i know why its so good. Grandma got game!!

I will cross my fingers and hope ;)

Thank God it's not in color! I would have gone blind.

Damn, that round thing got in the way of the beautiful landscape behind it. Great Story! On to Letter B.

Thanks Lynette. And I'll try!

LMAO!!!!!!
YOu kill me, honey.
And when are we getting together for that blogger drink fest? Me and Sandi are ready. Hell, she just got back from a Poison concert!!!!!
I love this post.