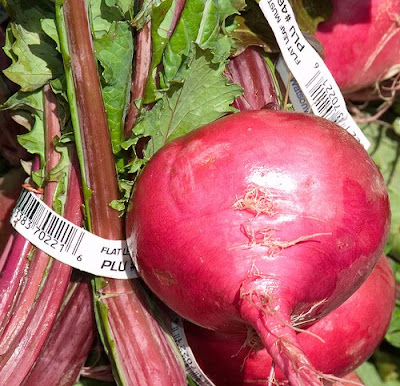 It's a new year, and unlike some of the more industrious people I know, I just don't do resolutions. But a new year is a good time to take a look at the previous one, and that's what I've been doing today. Here's a list of the top 10 joys of 2009 in my little world.


10. Oatmeal and beets
I've never liked either one of these foods. Then suddenly this year I began, with reckless abandon, eating oatmeal with almond butter and bananas, and roasted beets with goat cheese. Yummy (pay attention to this adjective. It will resurface later.)

9. Art
I am so fortunate that I am surrounded by amazing art and artists every day - even on the dumpsters in the alley on the walk to Ramone's.

7. New friends
Joining a book club was something I never thought I'd do, but when a friend told me that not only was it not required that you even read the book, but that the meetings revolved mainly around the food, which was always thematic, I figured I'd have to at least give it a try. The last book we read was "When You Are Engulfed in Flames" by David Sedaris. Since it was set in France and a wacky neighbor made strange Italian-sounding dishes, the food for the meeting included lasagna, croissants, cheese and wine. One woman also announced that she would be bringing Bananas Foster. I didn't really get how that went along with the theme, but who's going to turn down Bananas Foster? At the meeting, she cooked the brown sugar, butter and bananas together until they formed a delectable smelling sauce. She then poured in rum, lit it on fire, and as the flames began shooting up out of the pan threatening to set the kitchen on fire, she threw her own arms up in the air and started shouting, "When you are engulfed in flames! When you are engulfed in flames! I win!!!" God, I love this book club.

5. New family
Okay, I know you're not exactly officially or legally or anything my new family. And I know it's a little embarrassing that you probably know a lot more about me than you probably want to and more than most of my old family because of this blog, but...well...I like you a bunch.

4. Blogs
I swear I would have no idea what was going on in our community or the rest of the world without blogs. Plus I've met the smartest, wittiest, sexiest, most interesting people in Humboldt through them. You know who you are.

2. That guy with the big hands
A new year has never looked sweeter.

1. Beautiful, beautiful Humboldt County
Are those of us who live here the luckiest people on the planet? Why yes we are.

Lest you think it's all sweetness and light around here, coming up next will be my top ten irks and irritations of '09.

Sweet. Happy new year to you.

We share some of the same joys, but beets are nasty.

oh *sigh*
you are too swell miss Kristabel.

And you are just adorable, miss Sarafae. Sorry I'm not a poet like you. xo

Man, we love you too.

Through your blog, Ladyfriend and I sampled our first Limoncello....yummy! And it goes well with nach....er, nevermind.

Hey Eko...you also have me to thank for peanut butter cups in your s'mores. A girl's got to take her props where she can. xo

Loved reading this. It's a good idea, counting blessings this way, taking inventory. You deserve all these blessings, lovely lady. I'm glad your blog brought you into my life. :)

Ditto, Indie! You're exactly who I was talking about, and I can't wait to see what wonderful things this year has in store for you. xo

Just wait till you get a load of me. I'll give you a burrito combination #'s 3 and 4.

I had anxiety before, but I got a lot better now, thanks to www.medsheaven.com I HIGHLY recommend ordering from them, they have a section on their website for anxiety pills and the best part there is no prescription required!!! uc