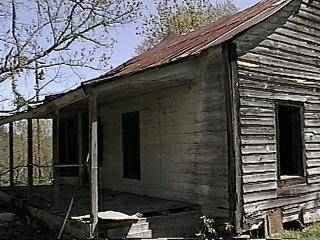 I stood watching her, admiring the fact that her six-foot willowy legs could easily climb the wooden posts while my short and stout ones are chronically planted to the earth. She had just about reached the deck when suddenly a noise came bellowing from the shadows underneath. It sounded like the whoosh of a gas heater being turned on followed by the deepest, most resonant growl I have ever heard, and I got the distinct impression that it was a territorial warning. We both froze in place. My eyes darted around wildly looking for large rocks, sticks, super hero powers or a strapping ranch hand with a big gun, but there was no such luck. Keri turned to me and said with extreme calm, "Did you hear that?" And suddenly we both realized we were definitely in the wrong place at the wrong time. She turned and got out of the yard as quickly as she could, and we both walked back to the car swinging our arms above our heads and talking very loudly, which is what I've always been told to do when accidentally crossing the path of a mountain lion. Of course, we're not sure that it WAS a mountain lion......
Posted by Kristabel at 12:37 AM

Who knew you could write so well AND be incredibly gorgeous at the same time? You definatly got the better half of the gene pool! I miss you too, xoxoxoxoK

Was it the ghost of Zipporah Russ?