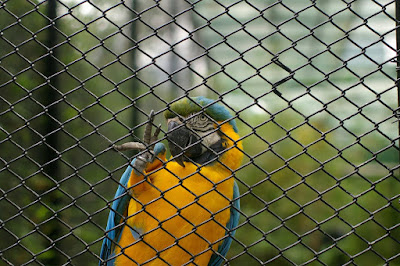 People often say that my friend Bee and I have our own language. I guess in a certain way this is true. It happens when you're really close to someone and have spent inordinate amounts of time with them. You know almost everything about them. You've had shared experiences that have helped to shape your world. Eventually you're able to recognize a certain look in their eyes, and you know what they're going to say almost before it comes out of their mouth.

People often talk about this phenomenon with couples who've been married for a long time. I've never had a relationship with a man that lasted longer than 5 years, but Bee and I have been friends for over 18. We've now become one of those couples.

We met during those good old hazy drunken days at Humboldt State and became fast friends over shots of tequila, bottles of Mickey's Big Mouth malt liquor and hot bass players. Neither of us remember why, but before long we started calling each other, not by our names, but simply "Friend." It may have had something to do with being so chronically drunk that we could barely remember our own names, let alone anyone else's, but we're not sure. People overhearing us often thought we were calling each other "Fred."

We have expressions with secret meanings like "I feel a song coming on" or "Something has fouled the sanctity of this place" that will immediately send us into fits of giggles. But nothing compares to the times when one of us calls the other with the magic phrase, "I've got a parrot story for you."

Many years ago Bee and I were taking a road trip to Sacramento. It was a warm spring day on Highway 20, and we were enjoying the feel of the sun while the sounds of Oingo Boingo blared out the open windows.

An old green pickup truck pulled onto the road in front of us, making me have to brake hard and spill peanut m & m's all over the car. The truck was obviously driven by someone who was moving as the back was completely filled with various pieces of furniture and boxes. It was all piled precariously high, and I was sure that something was going to come flying off the back at any moment. The truck was moving very slowly, and as I got closer to it, I noticed what appeared to be a birdcage sitting in the very back. With a large parrot inside.

I looked over at Bee who had also just noticed the cage. "Is that a parrot inside that cage?" I asked her. She thought it was too.

The truck began to pick up speed just as the highway began to get curvier. The parrot, sitting on the hanging perch in the middle of the cage, began to softly swing. As the truck moved faster and faster around the curves, the parrot swung harder and harder. Before long, it looked as though the parrot could barely hang on, and that as the perch swung, the bird was getting its head beaten on the sides of the cage.

Then something even more horrifying happened. As I looked at the old rusty truck and the poor parrot being pummeled in front of me, some inner demon inside me found it all just a little bit funny. And the more I watched the funnier it became. So many thoughts were raging through my head. Should I pull over and call the police? Should I try to overtake the truck and get it to pull over? Is my lip bleeding yet from biting it so hard to keep myself from laughing?

I didn't dare look at Bee for even a second. I knew that she was appalled, memorizing the license plate number and planning her call to the cops and her letters to the SPCA and PETA and the local papers, and she would never be my friend again if she saw that I was laughing at this poor creature's plight.

And then I saw, almost imperceptibly out of the corner of my eye, that her shoulders were shaking. Oh my god, I thought to myself, she's crying. My amusement momentarily stunted at my friend's emotion, I looked over at her.....and for reasons unknown to anyone but perhaps the person who will inscribe the handbasket we'll be riding in to hell, we both burst out into simultaneous hysterical laughter.

We laughed all the way to Williams where the truck finally pulled over into a gas station. We pulled up behind it not really knowing what we would say to the driver. Fortunately, there was no need, for as we got close enough to inspect the traumatized parrot, we realized that it had been a stuffed animal the entire time.

Upon returning home, we knew this would be a hilarious story to tell all of our friends. And we did. Repeatedly. Not one person ever thought it was funny. Some looked at us with revulsion. Some looked alarmed. One person gave a half-assed smile when we told him it was only a stuffed animal. But for the most part I believe our friends began to wonder if we were sociopaths. We stopped telling the story.

Now "I've got a parrot story" has become another one of our phrases. It's kind of like saying, "I guess you had to be there." It's a tale that no one else will find the slightest bit amusing. No one except Bee and me, that is.
Posted by Kristabel at 9:10 PM

You need new friends, except Bee of course. That is a GREAT story. Of course, I'm always the lone person in the movie theatre laughing hysterically at something that no one else seems to find the least bit amusing.....so..don't listen to me about the friends thing.

Ha ha! Ok. I'm with the group that thinks it's funny too.

Its about time you wrote something thats not about sex

You are a good man Ordinary Guy, and a good man always knows his limitations.

"Its about time you wrote something thats not about sex."

Oh,if only you knew what she was going to Sac for.

OMG my friend, I'm laughing so hard I'm crying. I love that parrot and all the parrot stories we have shared since that eventful day and I don't care what anyone says, we are freaking adorable and hilarious.

oh oh I just read Mresquan's comment and do we have a parrot story about Sacramento and the amazing hospitality of the Double Tree Hotel.....

Aaaaw. Who would've thought that my true people would be found in the Humboldt blogosphere?

Welcome back, ordinary guy. I always miss you when you've been away.

Bee....it's not quite time for that story yet. But I totally agree with you on our hilariousness and adorability.

true true my friend.. it did cause another fit of giggles when I thought about Sac. It's probably never going to be time for that story.

I squirted from laughing so hard.

hey Ordinary --Suzy was a stuffed by a pirate last nihgt... and he made me walk the plank --Soooooooooooo good !!!
Billy can make even a stuffed parrot squauk ;)

I squirted from laughing so hard.

From which end did you squirt??

Perhaps, by some chance, some of the other readers here might want to know.

Boy...I didn't even dare ask that question. I forecast some oversharing about to happen.

I'm with Crossgirl. I'm ALWAYS laughing when no one else is at the theater.
My best friend of 13 years and I are similar.
No one gets why we think shit is funny. We have "shortcuts" to laughter that have strangers staring at us (how rude) and the Redneck (my hubby) and the Cowboy(hers) shaking their head in disgust.
But we have a good time.
That parrot story is HILARIOUS!!! Remind me to tell you about the motel she and I stayed at when we were in Lucerne. We called it The Bates Motel.
It's been redecorated now. So sad.

Very funny post. But on a sadder
note, I think cage birds are one
of the saddest things in the world.