Boys and their toys

Well it's finally summer and that means eating watermelon, getting sunburned and working on the purpetually unfinished backyard nightmare. Burt and I have been reconstructing the backyard for 3, yes 3 years. It's still not done but I think we might have a completion date close to the payoff of the 30 year mortgage. Sigh.
Anyway, since the weather has been so rainy we haven't been able to get back there as much as the man would like. A few weekends ago he had had it and stated with authority (which is a rarity), "We're doing it anyway!"
So, we strapped on our boots and raingear and headed to the rental store to rent the Dingo. The following ensued with a finale of being hosed off in the front yard.
Disclamer: If you are OCD about clean then you probably don't want to venture on. 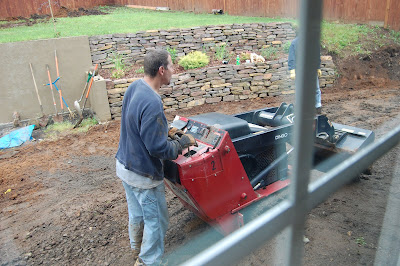 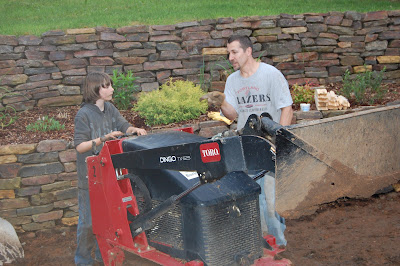 Then the boy wants to get in on a piece of the action, but only after man directions are given. 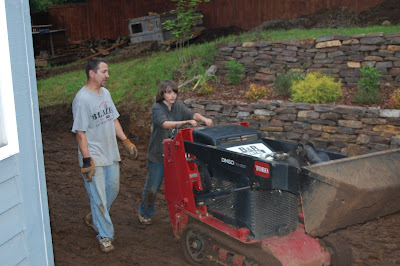 You are witnessing a very rare ritual of men passing their stud skills on to the next generation. 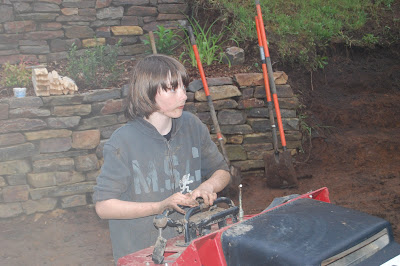 Check out the concentration. I've only seen this look one other time and it was during the Wii. 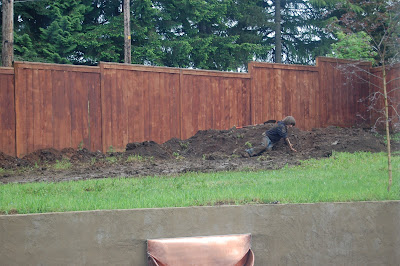 Great, now he's found the mud pile as big as Jaba the Hut. Hey... get out of there! 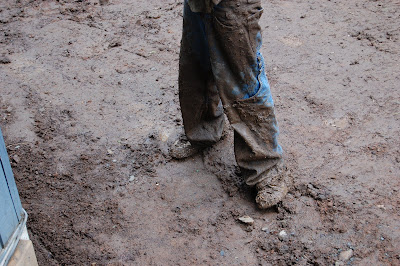 Oh God, are those your new shoes? 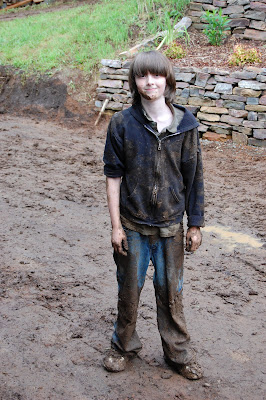 I wonder if I can just throw him in the washer? 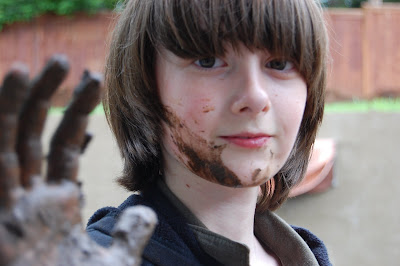 How can you get mad at that face??? 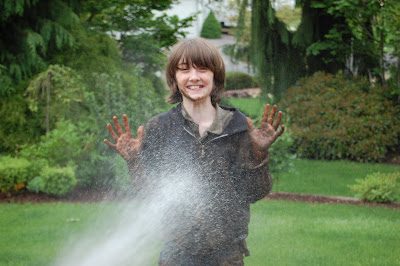 Oh sure, there's laughing now but a few seconds after this shot, the shivers started and then the boy just got pissed. It's those pre-teen hormones.

You gotta love them. Right? Pass me another limoncello will ya?

Labels: dirt in buttcracks, don't even think of coming in the house, teary tantrums

Yep, I took that same course in stud skills, 'cept in rototillin', when I was that age.

Now, Ladyfriend has me doing the nightly and morning dishes.
I think I'm turning into the girly man. Hand me another Miller High Life.

OMIGOSH, Keri. It is like looking at at you at that age! (Except for all of the mud, of course!) Spencer looks like he is having the time of his life! James is great, too, doing his guy thing. xo, AF

Don't worry, you haven't lost your stud skills just 'cause you soak your pans and hands with Madge. I love to see a man in an apron!

AF-
You should see some of the other shots I got! Even I can't deny the strong family resemblance (though sometimes I would like to disown him!!)

What I meant was MUD is FUN!