Donner, party of 8, your table is ready. 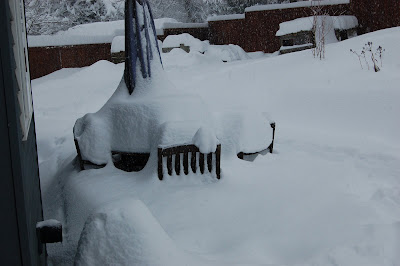 So we're having some snow issues here in Oregon. Let's just get this straight right now. We Oregonians are a mild people. We don't descend from the Norwegians like half of the state of Minnesota. We mostly come from California so we are unprepared for wacky weather like we have seen for the last week. The news stations (who love to name weather systems) have called this storm "Arctic Blast 2008". We here at the gateway to Mount Hood call it "What the @#%#$@^, doesn't God know it's my Christmas break and this is seriously cutting into my plans Blast 2008". I know, pretty similar names. 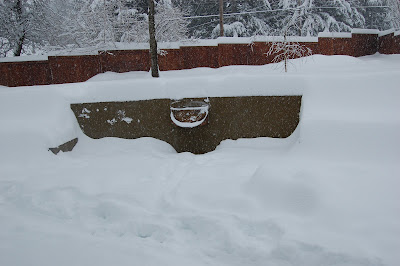 We're at 3 feet and counting. It's snowed here for the last 3 days straight. I'm seriously considering calling an ambulance for a severe case of cabin fever. 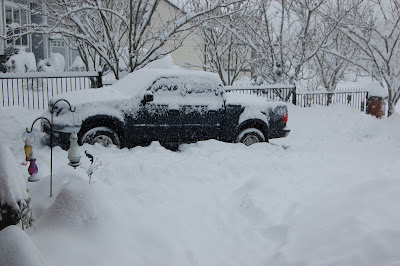 We were able to get out to a neighbor's house today and were rewarded with witnessing a fender bender, 3 cars spinning out, one car missing the road completely and getting stuck on the sidewalk and finally a refill on homemade kahlua by said neighbor. Thank God for kahlua and hot chocolate. I can probably put off the call to 911 now.
Hope you and yours have a Merry Christmas.
Posted by Keri at 7:07 PM

I'm still snorting over the headline.

Don't worry. I'm coming with my glue gun, glitter and limoncello to save you from going stir crazy. Get the snow plow.

P.S. I kinda like you being snowed in. It makes you actually blog and write things like "whips and chains required." Yay for kahlua!

I saw snow. Once.

You have my deepest (3' deep at that!) sympathy.

That Donner Party knew how to get down!

Well, at least it's beautiful!

Sadly, I won't be joining my daughter in Portland this Christmas due to that frickin' Arctic Blast 2008. (Boo hoo)

So sorry to hear you can't make it. I think a lot of peole's plans had to change. We couldn't go up and get Burt's daughter in Seattle either. 10 days of snow is starting to be too much. Where is global warming when you need it??