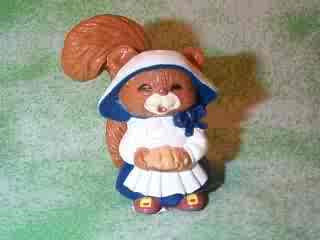 A little over a week ago Squirrel and I sealed the deal. Tied the knot. Got hitched. Dropped anchor. Bought the cow.

There have been some very sweet and endearing posts in the last week from the people in my life about the whole event describing it as beautiful, wonderful, full of love and loads of fun. While these things are all true, and I appreciate their sentiments and the people who said them...well...it's my turn now. You know what that means...it's time to dish the dirt. So here are my favorite things...uncensored for your enjoyment....about a little wedd'n in the country...and the people who experienced it.

My darling nephew, Jack, is two years old. I thought it would be adorable if, instead of having a flower girl, he pushed a tiny wheelbarrow full of tomatoes ahead of me down the aisle. Obviously this was a case of bridal hysteria as getting a two year old to do anything, let alone do it in front of 150 people, is pretty close to impossible. But my 35-year-old brother was great at it! As my brother pushed the wheelbarrow, Jack, along with the five other little blonde second cousins, grabbed the tomatoes and began tossing them. First out into the open field, and then at each other, and finally at other people. As I watched Keri walking ahead of me down the flower petal path, I saw a big red tomato go rolling near her foot. She gracefully picked it up and rolled it back to the little blonde demon on the side. He smiled an evil smile, and as she kept walking ahead, he threw it at her again - missing her by mere inches. It was then that his father interceded, "Okay, okay, good throw....just don't hit the lady in the white dress."

The guest house, which was located directly behind the bar area for the reception, was where Keri, my mom, a few other girlfriends and I were desperately trying to stop panting and sweating so that we could get dressed. As I sat wiping my sticky body with a wet towel, I heard the loud voice of Squirrel's uncle and cousins coming from the bar. "Yeah! TWO KEGS! Let's tap them now!" I couldn't understand much of what they said after that, but there was a lot of laughter and good-natured yelling. It was obvious that they had tapped the kegs and started drinking - with abandon over a half-hour before the ceremony was to begin. I breathed a sigh of relief. My true people had arrived.

All throughout the wedding planning process, I remained relatively easygoing about the details. No money for tablecloths? We'll just use sheets. Not enough electricity for a band? We'll just use recorded music. Someone will sue us if they get giardia? We'll just....wait...we invited people to our wedding who would actually sue us?...um....ok then...we'll just buy a lot of bottled water. Everything will be great. I made lists, completed them with ease, and prided myself on being the anti-bride. That all changed Saturday morning as guests from out-of-town who had camped at the river began to make themselves at home in our yard.

"Mom," I sobbed into the phone, "can't you get here earlier? There are all these people I don't know...and they're all just sitting around...and they're leaving their stuff EVERYWHERE. Don't they know there's a wedding happening here today? Can't you please HELP ME????" Frantic with the thought of my Aunt Anne discovering someone's Nalgene bottle and soycrisps under her lawn chair, I ran around gathering up their items spread around the yard and dropped them all into a basket. I think I may have even given a dirty look or two.

Later on in the evening, after the majority of people had gone home, and only the die-hards were left celebrating around the bonfire, I decided that what was needed was, of course, a little ABBA. The sound system was located in the other yard, so in order to hear it, I had to turn it up loud. VERY loud. The first strains of "Dancing Queen" drifted across the valley as we all began to sing and dance. Then it got quiet. Something must have happened to the system. I went back over and turned it up. It was loud for a few minutes, then got quiet again. This happened several more times, but having consumed more than my fair share of alcohol, it didn't occur to me that the interruption in volume might be being caused by a Swedish-pop-hating human. When the music got quiet for about the sixth time, I grabbed the wine that I had been drinking straight from the bottle, kicked off my shoes and marched over to the sound system to figure out the problem. Just as I rounded the corner I saw Squirrel's cousin walking away from the music toward the bar, and immediately I realized what had happened.

"Hey!" I yelled at his back as I swung my wine bottle wildly. "Stop messing with the music! I am the BRIDE, god damn it, and what I say goes, and when I say I want ABBA - I WANT ABBA! If you turn it down one more time I'm dumping the keg in the river!"

Nobody touched it the rest of the night.

RUNNING OUT OF FOOD

Squirrel and I love Mediterranean food and thought a Greek feast would be the perfect cuisine for the day. We decided to serve grilled lamb, chicken and veggie kebabs, pitas, fillings and tzatziki sauce as well as an array of salads and fruit. When the caterer asked how many kebabs I thought each person would eat, I naively answered, "Oh, maybe two at the most." I mean, really...how many filled pitas can one person eat?

What we didn't take into account was that perhaps not everyone might understand the pita concept. A faction of the wedding guests couldn't figure out that you were supposed to put the meat in the pitas with the other ingredients and eat it like a sandwich. No. What they saw were huge platters of MEAT ON A STICK...and that's what they wanted. At one point I looked around and saw several plates piled high with at least ten kebabs. Some people had jumped in line and gone back for more before others had gotten any food at all. I raised an eyebrow and looked at Keri who had just been told by the caterer that we were running out of meat. If only we had bought more canned bread!

At least we had plenty of booze.

THE AFTERMATH
OR.....You know it's been a good party when you find someone's panties in the port-a-potty.

As I awoke Sunday morning with a splitting headache and full of marital bliss, I looked out the bedroom window where the sun was brightly shining. Across the road were two large figures sprawled on the ground. I immediately recognized them as the two drunken philosophers who, not being able to drive back to their hotel, had grabbed blankets and passed out in the middle of the sheep pasture. As I got up to start making coffee, I saw that a large white cow was making her way slowly toward them. That's the kind of awakening I'm sure they don't get to experience often.

It took over three hours just to collect the assortment of glasses, plates and napkins strewn about the yard. After an hour of picking melted crayons out of the grass I definitely regretted my "it takes a village" attitude about not hiring a babysitter. There were clothes that weren't ours, camera cases, tent stakes, lanterns and bottles of wine and champagne we'd never seen before. I found it amusing and irritating at the same time that there were boxes lying around that people had turned into makeshift garbage cans, but the actual garbage cans were less than half-full.

Everyone who spent the night got up Sunday morning to tell us that we should have a party just like that EVERY YEAR to celebrate our anniversary. I might have to think about that for a bit.

Our wedding was just as we hoped it would be - unpretentious, colorful, different, fun - it was perfect, and I am so happy that we had it here at our home. And I'm happier still that it is finally, blessedly over. Everything we had put on hold can now be attended to again. There are books to read, recipes to try, art to create, hikes to take, conversations to have and people to enjoy. Instead of planning for one big event, we can focus on a million small ones...or none at all. Because, truthfully, the real fun is just beginning.

I feel like I am part of some expose` of what goes on behind the scenes of a wedding. I wonder who's panties were in the port-a-potty??

It couldn't have been a more beautiful day (and night) as far as I am concerned Kristabel! My heart is happy because YOU and the sweet man you married are always smiling! That is a Mom's dream for her child, I guess!

Fostering our friendship, reading your blog, ploting our next lunch date and evening's with the Sister's of Perpetual Indulgence has become one of my latest obsessions.

I enjoy our friendship, all the gaps your filling in for me in various arenas of our sorted lives and your lovely, eloquent and candid writings.

You're just the most rockin fucking red head I've ever met and well...what else can I say.

Damn it, Erin...if only you had a penis!