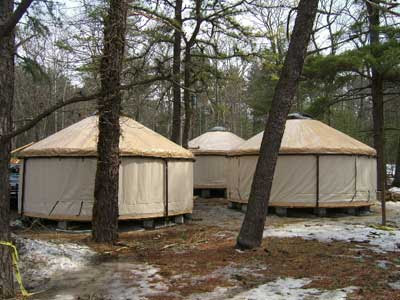 My dad has always been logical. A "black and white" kinda guy. As I was growing up, this realization both sucked and...well, sucked. On the plus side he was both reliable and responsible. The voice of reason. We used to make fun of him "getting up on his soapbox" and giving you a good 2 hour lecture on why you should or shouldn't do something. If you were lucky, you got one of his old Irish sayings that only took a sentence or two and wrapped up nicely. "Ya know...there's an old Irish saying....No tickey, no laundry." That little gem right there got me through most of my homework I didn't want to do, chores and cleaning out my parent's car in order to borrow it.

Mom was the emotional one. She was the first to cheer you on but also the first to yell at you. She should have been born a redhead. Dad likened her once to a firecracker. Quick to get mad but then it was over. My dad was more like a volcano. He'd take it and take it and then good God look out!

The lines were clearly drawn in the sand when my younger brother and I had an issue. Had trouble with a boy? Talk to Mom. Got a flat tire? Dad was your man. Had math or history homework that you couldn't figure out? Dad. Something you didn't want Dad to hear from you? Tell Mom, she always told Dad everything anyway.

And so our lives continued on from high school through college, marriages, births, divorces and deaths. Somewhere along the way my parent's got older. Their personalities changed. Dad began to mellow with age. His black and white thinking turned as grey as his hair color. He became less interested in making the correct decisions and more interested in how you felt about those decisions. He felt he had made some mistakes when we were younger. He started craving to spend time with us. Now don't get me wrong...Dad had always wanted to spend time with us but now he was doing things like calling just to say hi.

As you can well imagine, my relationships with my parents started shaking like a 7.8 magnitude earthquake. What the hell was happening??? My foundation was starting to show cracks. Where were the lectures?? Where was the soapbox and the sayings and THE REASONING????

Now it was like I had two moms (minus the firecracker part). Dad started talking about his "compound". Excuse me...a what? Yup, that's what I said too. "You mean like Waco?" I'm pretty sure the Irish don't live on compounds. Anyway, it was his utopia. At first he mentioned it casually. "Ya know, that way we could all be together." Mom thought he had lost it and needed his hormone levels checked.

The other day I was talking to Dad and he abruptly got up. "I want to show you this. I've been working on the compound." He brought out a sheet of paper and started drawing on it. "Now see, we would have a main yurt in the center and then these other smaller yurts spoking out like a wagon wheel. There would be a breezeway between them all. If you wanted to be by yourself then you could go to your family's yurt...but the main yurt would have a kitchen and family room. The smaller ones are mainly for sleeping. Well???(grinning) What do you think???"

YURT???? Knowing that this man could cry at any moment, and not wanting to be the source of his new found emotional pain, I kicked my own soapbox under the table and fought off the urge to give a 2 hour lecture about the freezing cold of a Willow Creek winter and the thin canvas walls of a yurt.

Seeking the solace that only a cousin could give about now, I quickly called Kristabel and told her of my Dad's entry into early senility. "Oh my God...I LOVE yurts!!!!" she cried. I think the word "yurtastic" even got used. Great, add another spoke on the yurt of the family compound.


So, if you ever get to Willow Creek come on by. We'll all be in the main yurt talking about feelings and how the world is grey and if you are lucky you might just hear "Ya know...there's an old Irish saying..."
Posted by Keri at 6:37 PM

I am SO moving to the compound with Uncle K., although my preference would be to spread it out a little. Yurts may be fabulous, but they're certainly not sound proof. Nudge, nudge, wink wink.

You did a wonderful job conveying how much you love that your dad wants to be with you and how you are not sure its going to be all rosy. Great post about ambivalent family feelings!

Yes, I have witnessed my father mellowing with age while my mother gets more fired up.

I think as men age, their thoughts turn from the daily grind of survival to thoughts of exploration and enterprise.

Why else would my father plant 300plus fruit trees in the last half of his life. Also in Willow Creek.

Look at Ladyfriend's father. Choosing to teach school in Point Hope and Shismareff, Alaska to Alaskan Natives. At 63 years young.

Luckily, most men just retire to their garage shops and tinker.

It's really been nice to see my parents in a different light. Yes, I kid Dad about his compound but really it's kind of a cool idea. The older I get the smarter my parents seem.

So at what age to men begin to mellow?

I, too, think the yurt-pound is a cool idea but agree with you on the cold and your cousin about soundproof issues. Of course if it was just a summer spot, the nearness would be fine cuz who does "Saturday night" when they're on vacation....oh, wait....dangit...scratch that...

I see we've got a kindred spirit in Beachcomber.

But listen...yurts are just fine in the cold. Ski resorts have them. They come with special astronaut insulation and can be made for snow and high winds. Yurtabulous!

We'll have to work on the sound thing.

When I come to Portland in Feb. I'm going to be off in the corner with Uncle K. sucking down long island ice teas and finalizing the plans. I can't wait.

I'm not really sure when they go soft ;) but from a medical standpoint, men go through their own kind of menopause. Their hormones shift and the result is YURTCREDIBLE! Of course, Mom slipping Dad her estrogen replacement in his coffee has helped too.

Okay, so my Dad used to do the whole end-of-the-world-know-how-to-take-care-of-yourself-when-civilization-falls-apart thing. I was totally used to it. He was my Dad.
What got freaky was realizing my husband and my Dad were in complete agreement.
So, now that my Dad is gone, my husband stocks up on canned food and talks about how I'll need to learn to churn butter.
I do the same thing I've always done. Nodded and rolled my eyes.

Thanks so funny, my dad has always had the plan of: "If a nuclear war starts, head to Willow Creek and live off the land." Same idea (and ditto with the eye rolling).

This post reminded me of my own father: proud Marine and retired police officer, who has also turned grayer and wiser.
Now he's a Democrat.