Kristabel: Several days ago I had a crafting emergency. It was time for my monthly Not Yo Mama's Craft Night, AKA Drinkers Who Craft, and I had not yet started my craft challenge. The other members and I had been given a plain glass ornament to take home. We had the entire month to craft it up and bring it to the next meeting. In my usual style, I had waited until the night before and was stuck for ideas. This is where I knew my craft diva cousin would come in. She is never without ideas, so I called her in a panic. "Oh my god, Ker, I only have a few hours and I can't think of anything good to do with it. What do you think?!"

Upon consideration, Keri had several great ideas. Unfortunately none of them would work in the short amount of time I had. I concluded that I would just have to go with my first whim - take strips of red paper, write "Merry Fucking Christmas" on them, twist them and shove them inside the ornament. That idea expressed my true holiday feelings anyway, so I started cutting, and Keri and I continued to chat. Inevitably, Chocolate Covered Xanax made its way into our conversation. We realized that we had never done a post in tandem....where I would write something and she would continue it, or vice versa. We decided that the new year would be the perfect time to try it, that we should write something about our resolutions and that we would do it over the next few days. We then, of course, spent the rest of the time laughing so hard that we both had to sit on the floor with tears running down our faces over something I can't even remember now, but it makes me want to sing the song from "The Patty Duke Show," especially the "hot dog makes her lose control" line.

Later on, when I sat down to write, I suddenly had a flashback about something very similar. About six years ago I had bought a Circle Journey journal so that Keri and I could have a creative way to keep in touch. I wrote a couple of pages, sealed it and mailed it to Keri. A week or so later I got it back, opened it excitedly and began to read. It was a list of her resolutions. There were more resolutions on it than I'd ever seen in my life. Lose five pounds every month. Read one book every two weeks. Exercise five or more times per week....and the list went on. She was so ambitious! I loved reading her goals and knowing what she was going to be working on during the year. Until it got to the end. She had drawn a little heart, and then, in her pretty curly handwriting at the bottom of the page had written, "What are your resolutions?"

I used to do resolutions. I used to think of things that I could do to improve my life, write them down and attempt to work on them. But instead of trying really hard, or breaking them and feeling guilty, I would usually break them one by one while giggling and rubbing my hands together with glee. It felt so rebellious. And it felt so silly. This was something that Keri would never do, and I just couldn't write down my resolutions knowing I'd have to tell her about happily breaking them. The journal has never left the desk drawer that I put it into that day. I don't do resolutions anymore.

And so, in the hope that I don't stick this blog in a desk drawer never to be looked at again, I'll just repeat: I don't do resolutions. I do everyday. Each day that I make it out of bed and into the world I try to do just a few things on top of all the regular responsibilities and duties. I try to show kindness to people, even when they don't deserve it. I try to deserve the kindness I receive from other people. I try to find amusement wherever I can and to live as creative a life as possible. I try to question everything I hear, even when it's easier to just believe. I try to do what I think is right even when it makes others mad. Sometimes I succeed at these, and sometimes I fail. But I always try, and most days - and most new years - that's enough. 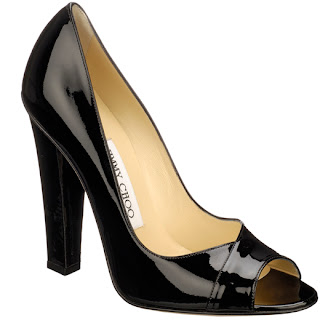 I like to make lots of them. It makes me feel like I'm shopping for a new outfit. I'll take that dress and those shoes and oh...don't forget that necklace. And I could really use a new brassiere.
And so it goes for my goals for the new year.

In years past I've had the typical lose weight, exercise, organize, eat healthier blah blah blah goals. Too generic. It always felt like my new outfit came from Wal-Mart. Everybody looked the same and we all had the same goals. Well, as Burt can attest, I'm no Stepford wife. This year is different.

I don't want to be disappointed so I've decided that I will pick out the things that I learned most this last year that were lessons in disguise. Things that, upon careful reflection, are worth more than a new pair of panties. Things that are so important they're like that well worn Jimmy Choo shoe that knows only your arch and slips on like butter. You know, the patent leather peep toe?!? After all, how many clothes do you have just hanging in your closet that you never wear?

Here are my truths for 2007.
#1 Karma is a bitch with a baseball bat. Don't ever get on her bad side.
#2 Work is just work. It's a paycheck. Count your blessings if you really love it too.
#3 Funerals are more fun when drinking is involved.
#4 Don't ever answer the backdoor. Make them go around to the front.
#5 Kids and old people are funny. Write down what they say.
#6 Birthdays may not be important to you, but to the ones that love you, they are. Go ahead and order the lobster!
#7 Feeding the soul is not the same as feeding the stomach. Unless of course it involves buttercream, sugar or anything white and creamy.
#8 You should always have more than one friend. That way, when she gets mad at you, you don't revert to #7.
#9 Hair does not define who you are. It grows back. Besides, long blond wigs are kinky.
#10 ABBA playing in the background makes every situation tolerable.


Keri and Kristabel...together...arm in arm, legs kicking wildly in the air: Happy New Year Everyone!!!
Posted by Keri at 7:00 PM

Could you make it...together...arm in arm...kicking "ordinary guy" in the ass!?

Happy New Year's my goddesses!!!! I love you both.

Happy New Years.I have an R-Rated resolution for you,but if little ones came here,they'd be blown away.

mresquan...you are just a big teasing receptor planter, aren't you?

I hate to tell you this, but if little ones (or big delicate ones) came here, they'd be blown away long before they got to your R-rated resolution.

But you should spill it anyway since you've got me so curious and all.

Now that's a resolution I can get behind!

Or in front of. Whatever.

Why do you always make me have to fan myself?

I can't help it.I don't think there's anything you can do to stop it.

Why in the world would I want to stop it?

P.S. What will you be wearing as you dance around the pole?

The ONLY answer to the "what will you be wearing?" inquiry is the chaps sans the ass. Better work on those glutes, unless of course, you already have.

Wearing something?!! Hmmm,well I guess you could pretend.

And like Boy,I'm curious as to what you'll be wearing.I do lack the ability to influence that.(but I have ideas)

I think you're the only one with enough masculinity to pull off a pole-dancing-in-assless-chaps routine and still look hetero. Not that I don't appreciate pole dancing gay boys, of course.

Boy was talking about YOUR outfit.

I thought I was going to be the one on the sidelines drinking the limoncello shots and watching the naked pole dancing show. In a feather boa and a smile.

Oh, you serious progressive boys with your animal rights issues.

And that's it,oh and maybe a cowgirl hat.

Hey, mresquan, I'M the one who makes people blush!

And just so you know, no cowgirl hat is complete without a matching riding crop.

Are Feather Boas an endangered species of snake???

"Hey, mresquan, I'M the one who makes people blush!"

You are good at doing that,no doubt!!You can pick out the hat and riding crop.You've been blessed with an ornate ability.

mresquan must have written his last comment after stumbling out of the Shanty. That is the story I am going with.

Can't blame The Shanty for that one.

Yes, I believe that comment probably came directly from mresquan's strange and interesting mind without any help. A trait I can definitely appreciate.