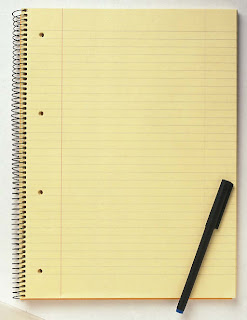 Last night Burt and I went out on a double date with a girlfriend that I've had since the forth grade. This may not seem like any big deal but let me tell you, when you move around a lot as a kid, friends come and go. They have to. It's the nature of the beast. You don't want to get too attached because you know that soon enough you will be forgetting them and trying to make a whole new batch of replacements. I've always been envious of people who have firmly planted family roots. Lots of friends and a centered self confidence are traits that continue to elude me. I like to be solitary, inverted. For me it's almost painful to be around groups of people. But...

After a long day of dragging myself to the gym, overeating at lunch, followed by a required nap I managed to throw on some clothes and head out the door. We met at a Macaroni Grill. Now, Burt and I are no strangers to going out to dinner so when we saw the parking lot we knew something was going on. It looked like the day after Christmas...thousands of cars! After driving around for about 10 minutes we hiked in beneath torrential buckets of rain. Once inside we discovered that two local high schools were having their Winter Formals. The girls were all dressed up in sparkling gowns, hair just so and long fake eyelashes. On top of this they donned their Columbia Sportswear heavy winter coats. Nice. You gotta love Oregon. Oddly enough they were from the same 2 high schools that my girlfriend and I went to.

During the meal we were entertained by my girlfiend's husband getting water dumped on his lap by the waiter and a 9-ish year old girl who had been dropped off by her parents to sell valentines from table to table. After a lively dinner conversation of aging gracefully, people being hit by buses and trains, strikes and child molestation we decided that we should try to catch a movie. By this time I'm thinking...self...you can do this. I know you want to go home and get in your sock monkey flannel pjs and watch the new episode of Rock of Love... but just go with the flow!

This turned out to be a great move on our part. The Bucket List was playing and although we arrived just as the previews were rolling, we were 2 rows from the front. Not exactly comfy but somehow profound. It was like the universe was literally putting the movie right up in my face to say "Pay attention!!"

If you haven't seen this movie yet...what are you waiting for? Without giving anything away, the movie is about making a list of things you would like to do before you kick the bucket. Simple enough. By the end my girlfriend and I were in tears and then I remembered why she has and always will be my friend. After this long she is my family, my roots and all the things I didn't think I had were there all along.

Burt and I started on our own list last night. I already crossed one off...allowing myself to have roots through a lasting friendship. How's your list coming?
Posted by Keri at 9:28 AM

I will have to watch for that.

I love the image of the prom girls all made up under their Columbia jackets. And the little kid selling valentines sounds just like dining in Mexico.

It's funny how we see ourselves...I don't see you nearly as reclusive as you do. Glad you had such a nice night. It always feels good to reconnect with our roots.

See you soon! xoxox
P.S. What's up with that header???

Sorry...you must be working with it as I write. Wonder twin cousin power blog telepathy....or merely rainyday boredom?

Just playing around. I'm procrastinating. I have stuff to do but this is much more fun. Rain?? Oh no sista!!! We have 9 whole inches and counting (snow that is).